I’m addicted to TV shows on Netflix. As soon as I hear about a show that a friend has been enjoying, I absolutely have to add it to my list.

The addiction really began two Christmases ago when we were midway through season 2 of Scandal. We could not get enough of Olivia Pope and what she was going to do next. After every family gathering or dinner with friends during the holidays, we’d rush to the couch and catch a few more episodes of the show. By New Years Eve, we were almost done season 4!
Since then, we’ve caught up on Scandal and are anxiously waiting for it to return this month. A few other shows that we binge-watched include:

One thing I’ve learned through my TV binge-watching addiction is that you must be comfy, equipped with the right tools to keep your energy up and… have A LOT of snacks.

You’re truly missing out if you don’t have a setup similar to mine and I hope I’ve inspired you to elevate your Netflix game. Happy bingeing!

You may also enjoy: 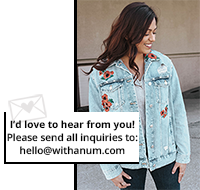